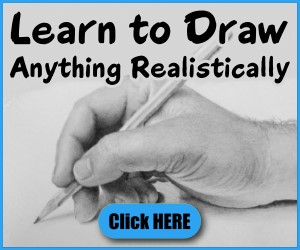 Three-point perspective is a development of two-point perspective and is usually used for buildings seen from above or below. Like two-point perspective it has two vanishing points somewhere on the horizon and a third somewhere above or below the horizon line toward which the verticals converge (Figure 5.30). This means that the object is either tilted to the picture plane or the spectator's central axis of vision is inclined upward or downward and the picture plane is tilted. Three-point perspectives usually indicate that the spectator is very close to the object or that the object is very large. It is best used for drawing tall objects such as buildings, although this form of perspective is not widely used in architectural presentations. Its best use may be to show a particular viewpoint of a tall object such as a skyscraper. This type of drawing is sometimes called an oblique perspective drawing, as the vertical lines are drawn to the third vanishing point not located on the horizon line.

Four-, five-, and six-point perspective drawings are more complex and challenging and require considerable understanding and skill to execute.

In general, most designers create drawings with a vanishing point far below the horizon so that the depth added to the verticals is only slight. In many cases the vanishing point isn't even on the paper. Learning how to apply vertical perspective will make your drawings more and more realistic.

Figure 5.25B A photograph of an interior space depicting a normal-view one-point perspective and showing the converging lines and horizon (source: Randy Sarafan).

How To Become A Professional Pencil Drawing Artist