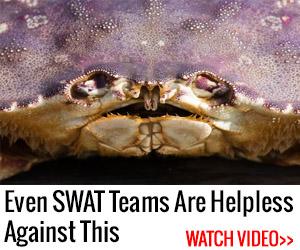 View of some of Mystic Seaport Museum's buildings and one of the ships in its collection, showing the museum's location on the waterfront in Mystic, Connecticut, which makes it susceptible to seaborne hazards. Courtesy of the Mystic Seaport Museum. Photo: Judy Beisler.

Information for this case was provided by David Mathieson, supervisor of conservation at the Mystic Seaport Museum in Mystic, Connecticut, and an adviser in the development of this book.

Impetus for emergency plan: In 1938, eight years after its founding, the Marine Historical Society—now called the Mystic Seaport Museum—was hit by a hurricane. The library collection suffered US$1,000 in losses. The threats from Hurricanes Carol and Edna in 1954 prompted museum administrators to take preventive action. Plans already developed were put into written form. In the process, it was discovered that a hurricane or tropical storm threatened the region about every five years. Between 1890 and 1991, thirteen hurricanes and ten storms had struck the region. Late fall and winter storms are another potential threat.

Sources consulted: None, since few cultural institutions were engaged in emergency planning at the time

Emergency plan highlights: The museum's plan consists of 100-plus pages on preparedness and approximately 75 pages on recovery procedures. It outlines categories of hurricane strength and defines hurricane, severe weather, and tornado warnings. It describes the five-stage alert process (condition alert: possible development of severe weather; condition watch: storm due within forty-eight hours; condition 1: thirty-six hours to a storm; condition 2: twelve to eighteen hours to a storm; and condition 3: storm is imminent) and outlines duties of the fifteen department and response teams during those stages. AM and FM radio and television stations are listed, as are Internet addresses that provide weather information; staff who have received first-aid training; elevations of all buildings above mean low water (MLW); and town, state, and federal authorities.

Comprehensive plans and procedures have been developed for the museum's various departments, and responsibilities have been divided among teams. For example, in the curatorial, exhibition, and interpretive departments, Team A handles formal exhibits, the registrar's office, and all storage areas; Team B is responsible for village exhibits; Team C is in charge of communication among the departments; and Team D is responsible for the interpretive and program areas. The shipyard department handles all ships, small craft, and related areas of concern.

Lessons learned in the process of developing an emergency plan:

• Expect emergencies to happen at the most inopportune time.

• Recruit graduate students to analyze and evaluate your emergency plan for academic credit.

• Document all preparedness and response steps with a simple-to-use automatic camera.

• Do not adopt another institution's emergency plan without doing an analysis of the needs specific to your institution.

• Develop an emergency plan for temporary exhibits as well as for the permanent collection.

• Before an emergency happens, research what should be done to recover various artifacts and put the steps into writing.

• Check with your local civil defense officer, or the authority who would be in charge of local recovery, to see how your plan for recovery fits into their plans. The civil authorities are most concerned with safety of lives and property. The materials you have stored for your recovery may be required for use for the public good.

• Encourage input from employees who have lived in hurricane- or tsunami-prone areas and who most likely understand the need to prepare for such disasters.

Building the team: Often the biggest challenge to the team is people's difficulty in relinquishing authority. This is especially true for conservators. At Mystic Seaport Museum, many employees are directly responsible for important components of the collection. Preservation shipyard workers may have labored for years restoring the vessels, yet under extreme emergency conditions, as part of the response procedure, they may be instructed to swamp or scuttle some of the vessels in order to protect them.

How the plan stood up to the test: In 1976, following Hurricane Belle, museum officials realized that they needed to do a much better job detailing what should be done during the recovery phase of any crisis. The museum arranged for two graduate students from the University of Delaware Art Conservation Department to review the emergency research suggestions for the recovery manual. In the process, administrators learned that some of the basic underlying assumptions made in their previous emergency plan had been incorrect. The National Hurricane Center predicted that a category 4 hurricane could hit the New England area within the next five years. The U.S. Army Corps of Engineers and the Federal Emergency Management Agency (FEMA) also predicted that a category 4 hurricane could produce a flood level in the Mystic River estuary of 18.7 feet (5.7 meters). Previously, it had been assumed that a flood would submerge only the first floor of the buildings on the museum property. An 18.7-foot rise in the river would put most two-story buildings entirely underwater. The museum's response plan for floods called for relocating items from the first to second floors in many buildings, which obviously would not have safeguarded them during a major flood. Since then, the plan has been through, and is still going through, many changes.

Words of advice: As flood waters subside and the devastation of a severe disaster confronts staff and the volunteer corps, will the institution's collection be at the forefront of their thoughts? Doubtful. "Their concerns will run in order of family, then maybe their own property, and then possibly the institution's collection," says David Mathieson, supervisor of conservation. "Disasters happen to communities. It is the people within this community whom we work with. If we do not take into consideration the needs of the people around us while creating our plan, our plan will fail."

This is common knowledge that disaster is everywhere. Its in the streets, its inside your campuses, and it can even be found inside your home. The question is not whether we are safe because no one is really THAT secure anymore but whether we can do something to lessen the odds of ever becoming a victim. 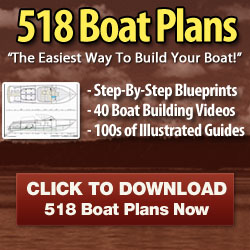 Build Your Own Boat