Of heavy mass and apparent heaviness 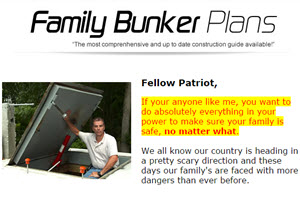 Mass is a fundamental property of material which expresses itself in the mutual attraction of bodies and in their inertias. The former results in the heavyweight, age-old problem of architecture, the latter allows mass to generate resistance. Both of these aspects are illustrated in the pier of the Wipkinger viaduct in Zurich. Its heaviness enables it to stand securely on the edge of the river bed, also resisting the highest floodwaters. However, the builders of this pier were not satisfied with this effective mass but instead emphasised this aspect with decorative additions: a not quite regular and relatively coarse yet careful cutting of the stones; a visual enlargement of the volume, which appears to extend far beyond the bridge supports (particularly when seen from a distance) and finally gently sloping sides, a stepped plinth and particularly coarse, almost rustic, masonry at the sides above the waterline. Furthermore, a carefully constructed, stocky arch indicates the loads to be overcome and, together with small openings at the sides, demonstrates that what the observer sees is perhaps not as massive as it appears at first sight. This vaulting was later fortified to form a bunker, which itself has recently been filled with concrete. A tumour-like protrusion of solid concrete should, with its inert mass, resist the impact of any projectiles. The rounded forms are only understandable as martial shows of strength because grenades would be deflected directly onto the structure they are trying to protect! They demonstrate the sculpted, moulded mass. The heaviness and inertia of the mass in the modest bridge pier are, on the one hand, necessary to carry out the tasks, and on the other, the themes of the design. In this way, its appearance conveys stability and obstinate resistance.

In architecture advocating a large mass, in terms of the primary functions, tends to be the exception. We usually think of retaining walls, dams, bunkers, avalanche protection and similar structures. In other words, structures which are generally the province of the engineer, who can

guarantee the desired results. But architects, for their part, can also convey and express the idea of the security and safety achieved.

For most, this interest goes beyond the physical and, above all, formal properties of mass or the associated connotations. Massive material can be sculpted, and moulded. Its relative homogeneity and stability enable us to hollow it out or model it, so to speak. A massive wall, for example, invites us to make it thinner by creating local recesses, or to provide texture in the form of profiling. These possibilities are shown in an exemplary way by Mario Botta in his church in Mogno. His elliptical cylinder encloses a space that unites the non-directional basic geometric forms of square and circle with the directional forms of rectangle and ellipse. The architectural means to this end is the plastic formation of the mass of the walls. Recesses allow the square to become legible, additionally emphasised by the diagonal relationship established by the cylindrical column on the axis of the entrance; a continual reforming and thinning-out allows the rectangle on plan to transform gradually to an ellipse at the start of the glass roof, the ellipse itself terminating at the curving roof.

Of course, the idea of forming a space through plastic modelling of the mass of the walls is not new. Frequently, the external volume of a building does not obey the same laws as the design of the interior spaces - there is on the one hand the requirements of urban planning, on the other the utilisation conditions inside the building. This leads to an unavoidable conflict, particularly when functional or "scenic" aspects, rather than, for example, tectonics, determine the architectural approach, which correspondingly wishes to express these conditions. The mass of the walls is often a suitable place for dealing with this conflict. Baroque architecture, in particular, provides virtuoso examples of this. However, unlike in the case of the church in Mogno, the aspect of massive material forming the "grey area" between the spatial boundaries is usually of secondary importance. This is more often the place, besides the l oadbearing structure, to embed the functions and all possible technical necessities. "Mass" in this sense is indeed precisely confined but its structure and composition less defined and vague. Whether the mass consists of voids or material, it is equivalent to the appearance of the material as a body, whose internal structure is hardly relevant, at least for everyday considerations.

We understand massiveness to express the (relative) homogeneity of the material of a body. It lends it interesting properties. Without immediately having to think of a "ruin", it lets objects age with dignity, and gives them a claim to durability and longevity. In addition, it permits simple, direct design. Impressive in this sense are, for example, the Alpine buildings built entirely of stone (as can be found in southern Switzerland), where walls and roof are layered with the same gesture and are made from the same materials found more or less in the same place. Christian Kerez may well have had such buildings in mind when he designed the chapel at Oberrealta. His design concentrates fully on the essentials: a protective envelope in a trusted form, a door with threshold and a window form a structure which is both a man-made symbol of a house absolute and hence also a symbol of shelter and protection. This embodiment of familiarity and extreme abstraction, the simple, well-proportioned form and the solid materiality give this building a sacred dignity which does justice to the function and the location. This concentration would be inconceivable without a material "from one mould", which enables such a construction without details.

"One of the most prominent features of the bunker is that it is one of the few modern monolithic forms of architecture.

"While the majority of structures are bonded to the ground through their foundations, the bunker has none at all; its centre of gravity replaces them. This explains its ability to achieve a certain mobility..."

Thus Paul Virilio begins his chapter entitled "The Monolith" in Bunker-Archäologie1, providing in the same breath a convincing definition for architectural monoliths which remains very close to the term itself: a building like a stone that behaves like one as well. However, there are hardly any forms of architecture that do justice to the term used in this way. It is understandable that the term is also used for structures that only appear to be

monoliths, even when they exhibit conventional loadbear-ing behaviour. Here is the definition of Rodolfo Machado and Rodolphe el-Khoury given in their catalogue Monolithic Architecture:2 "We understand monolithic to signify monolith-like..." That is on the one hand in the sense of an exaggeration - although they call this form metaphorical - for not actually monolithic, and really extraordinarily homogeneous and solid objects; and on the other hand also in an "allegorical" sense as well "for buildings that do not have the physical material properties of the monolith, but that seem, 'pretend' or 'act' as though they do. In this allegorical mode the term monolithic has more to do with representational strategies than material qualities."

Monoliths in this sense are compact architectural objects which appear to be hermetic and reveal nothing of their content. They are stand-alone, often remote structures, but may well form points of orientation in themselves. They are objects without scale which have an imposing, characteristic, individual form and, accordingly, are frequently personified, so to speak, and given a name. Their materials are often confined to a thin envelope which has nevertheless to demonstrate the appearance of a certain homogeneity. The design of the volume should suggest mass, which is mostly achieved by heightening a plastic deformation, preferably under the apparent influence of gravity or some other force.

The relationship between inside and outside is always problematic with such objects. The similarity with a massive body implies that the configuration of the interior, as a diffuse "mass", is uninteresting. It plays no role in the building's outward appearance, which in this sense is the only relevant aspect. This fact may well have contributed to the success of such hermetic architecture. In order to avoid reducing the design totally to the volume and the surface, the external form in the aforementioned sense has to be balanced by a similarly imposing interior. This might allow such forms to start resembling the bunkers described by Virilio once again, perhaps best shown by the designs for the National Library of France by OMA and the Tokyo Opera by Jean Nouvel. Nevertheless, the term

Katharina Bürgin, for instance, shows us a work which, even without a title, we recognise immediately as a house, owing to its simple, distinctive shape: the chalky, slightly blemished white surfaces, the somewhat worn edges, which are not quite straight, slightly bulging, and the sides, which lift the work clear of the underlying surface, causing it to float almost. The work manifests itself to us as solid, cast; we are reminded of plaster models. The "large" in the title "Large House" could relate to a scale, for at 48 cm long the object is not exactly large. If we dare to touch it, we are initially surprised by the silky softness and warmth of the surface, but then shocked: where is the weight? The work is massive yet frighteningly light in weight, moulded from papier mâché. So, what is a kilo now?3

"monolithic" does not seem to be at home in this figurative sense; the association with the enclosing sensual qualities of solid materials, which are not confined to viewing from remote distances and can hardly be limited, is too strong. It would seem to be more advisable to speak of hermetically or plastically formed solitary objects.

Not everything is what it appears to be. Even mass itself has many surprises in store. Schaffhausen-based artist

3 This is how the text by Gertrud Ohling ends in the catalogue to the Manor-Kunstpreis 1994: Katharina Bürgin, Objekte 1992bis 1994, Museum zu Allerheiligen, Schaffhausen 1995.

This is a product all about solar power. Within this product you will get 24 videos, 5 guides, reviews and much more. This product is great for affiliate marketers who is trying to market products all about alternative energy.