Environmentally beneficial operations and maintenance (O & M) practices are just beginning to come into use, spurred by the LEED for Existing Buildings (LEED-EB) rating system. Building owners and managers are beginning to examine their use of chemical fertilizers, pesticides, herbicides and other toxic substances, to eliminate those that pose significant hazards to people, animals and the environment. Large organizations with sustainability mission statements are beginning to see the benefits of changing practices, in terms of cost savings and reduced exposure of their people to harmful substances.

JohnsonDiversey's global headquarters in Sturtevant, Wisconsin, is a three-story, 277,000-square-foot mixed-use facility, 70% office and 30% labs. It received a LEED-EB Gold designation in 2004. At an implementation cost of $74,000, or $0.27 per square foot, the company has documented annual net savings of $137,000 ($0.49 per square foot), with a life-cycle net present value of $1.35 million, a return (in today's dollars) of almost 20 to 1 on the initial investment! Energy savings were documented at $90,000 per year, potable water use was reduced by two to four million gallons per year, and more than 50% of site-generated solid waste was documented as recycled. The program has renewed the company's focus on using integrated pest management, training cleaning workers and developing an integrated program of green cleaning aligned with LEED re-quirements.106

In a more urban setting, in 2003, Craig Sheehy of Thomas Properties Group in Sacramento tackled the 25-story, 950,000-square-foot headquarters of the California Environmental Protection Agency (Cal-EPA), which originally opened in 2000. The Cal-EPA building was awarded the first LEED-EB Platinum certification in 2004. Through the program, it gained 34% in energy efficiency, diverted 200 tons or more of waste from landfills each year and added $12 million in asset value (it is privately owned and leased to Cal-EPA). Over ten tons per year of food waste was vermi-composted and bagged as "Bureau Crap" for home garden use. From an investment of $500,000, more than $600,000 in annual savings was realized. This shows what LEED-EB can do with even a relatively new building.107

In 2006 Adobe Systems, Inc., a software maker in San Jose, California, certified three of their headquarters buildings at the LEED-EB Platinum level. Since 2001 Adobe had invested approximately $1.1 million for energy and environmental retrofits in the three towers, saving approximately $728,000. Over this period, Adobe reduced electricity use 35%, natural gas use 41%, domestic water use 22% and irrigation water use 75%. Adobe now recycles or composts up to 85% of solid waste. Through energy savings and purchase of green power, Adobe reduced its pollutant emissions by 26%.Working with facilities manager Cushman & Wakefield, Adobe installed drought-tolerant landscaping, with an irrigation system linked to local weather stations, and added building sensors to monitor interior carbon monoxide levels and adjust the operation of exhaust fans accordingly. Adobe also increased its use of outdoor (fresh) air for ventilation and cooling and enhanced the overall maintenance of its air systems, resulting in better indoor air quality.108

This book will surely change your life due to the fact that after reading this book and following through with the steps that are laid out for you in a clear and concise form you will be earning as much as several thousand extra dollars a month,  as you can see by the cover of the book we will be discussing how you can make cash for what is considered trash by many people, these are items that have value to many people that can be sold and help people who need these items most. 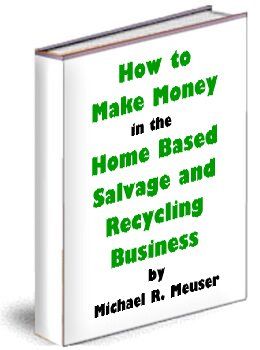