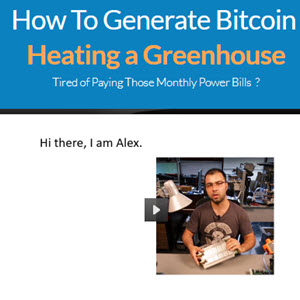 Human activities are adding greenhouse gases— pollutants that trap the earth's heat—to the atmosphere at a faster rate than at any time over the past several thousand years. A warming trend has been recorded since the late nineteenth century, with the most rapid warming occurring since 1980. If emissions of greenhouse gases continue unabated, scientists say we may change global temperature and our planet's climate at an unprecedented rate.

The greenhouse effect (Fig. 1-1) is a natural phenomenon that helps regulate the temperature of our planet. The sun heats the earth and some of this heat, rather than escaping back to space, is trapped in the atmosphere by clouds and greenhouse gases such as water vapor and carbon dioxide. Greenhouse gases serve a useful role in protecting the earth's surface from extreme differences in day and night temperatures. If all of these greenhouse gases were to suddenly disappear, our planet would be 15.5°C (60°F) colder than it is, and uninhabitable.

However, significant increases in the amount of these gases in the atmosphere cause global temperatures to rise. As greenhouse gases accumulate in the atmosphere, they absorb sunlight and IR radiation and prevent some of the heat from radiating back out into space, trapping the sun's heat around the earth. A global rise

in temperatures of even a few degrees could result in the melting of polar ice and the ensuing rise of ocean levels, and would affect all living organisms.

Human activities contribute substantially to the production of greenhouse gases. As the population grows and as we continue to use more energy per person, we create conditions that warm our atmosphere. Energy production and use employing fossil fuels add greenhouse gases. A study commissioned by the White House and prepared by the National Academy of Sciences in 2001 found that global warming had been particularly strong in the previous 20 years, with greenhouse gases accumulating in the earth's atmosphere as a result of human activities, much of it due to emissions of carbon dioxide from burning fossil fuels.

Since preindustrial times, atmospheric concentrations of carbon dioxide have risen over 30 percent and are now increasing about one-half percent annually. Worldwide, we generate about 20 billion tons of carbon dioxide each year, an average of four tons per person. One-quarter of that comes from the United States, when the rate is 18 tons per person annually. Carbon dioxide concentrations, which averaged 280 parts per million (ppm) by volume for most of the past 10,000 years, are currently around 370 ppm.

Burning fossil fuels for transportation, electrical generation, heating, and industrial purposes contributes most of this increase. Clearing land adds to the problem by eliminating plants that would otherwise help change carbon dioxide to oxygen and filter the air. Plants can now absorb only about 40 percent of the 5 billion tons of carbon dioxide released into the air each year. Making cement from limestone also contributes significant amounts of carbon dioxide.

Methane, an even more potent greenhouse gas than carbon dioxide, has increased almost one and a half times, and is increasing by about 1 percent per year. Landfills, rice farming, and cattle raising all produce methane.

The Intergovernmental Panel on Climate Change (IPCC), which was formed in 1988 by the United Nations Environment Program and the World Meteorological Organization, projected in its Third Assessment Report (2001) (Cambridge University Press, 2001) an average global temperature increase of 1.4°C to 5.8°C (2.5°F-10.4°F) by 2100, and greater warming thereafter. The IPCC concluded that climate change will have mostly adverse affects, including loss of life as a result of heat waves, worsened air pollution, damaged crops, spreading tropical diseases, and depleted water resources. Extreme events like floods and droughts are likely to become more frequent, and melting glaciers will expand oceans and raise sea level 0.09 to 0.88 meters (4 inches to 35 inches) over the next century.