The 10-Minute Offer for Apartment Buildings 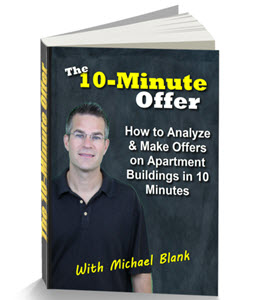 Although a range of residential block structures have been adopted, some specific forms tend to be more common than others.

The periphery block was probably the most common form of block structure until the 1930s when other block structures were experimented with. More recently, however, periphery blocks are suggested for a wide range of contexts as a result of the influence of the publication Responsive Environments (Bentley et al. 1985). The basic principle reflects the advice given above-that the fronts of buildings should face the public realm and the private backs of buildings should face each other. The blocks are then arranged in a deformed grid of streets (Figure 3.18). Where housing is proposed the periphery block allows privacy and security for gardens, and allows the public street environment to become the focus for access, public life and social activity. Periphery blocks are not only used, however, where houses with private gardens are being considered.

Apartments in periphery blocks with shared open space: Often, if apartments are developed, semi-private courtyards are introduced into the centre of the blocks where, for example, planting is introduced, residents can relax, children can play or washing can be dried. Such a space allows apartment residents access to outdoor space which is managed for the block as a whole, and which for

children and some residents might be preferable to a small private garden. Sometimes it is possible for non-residents to enter the courtyards, but in other designs courtyards are only available to residents (Figures 3.19 and 3.20).

Figure 3.19 Apartments in a periphery block with shared open space

the seventeenth century housing was often arranged in blocks with service access in the middle of the block accommodating, for example, stables and carriages. This configuration evolved to a form of back alley access in the nineteenth century, whilst today former coach houses are sometimes converted to mews court housing.

All of the above examples demonstrate variation in how private space is considered in a periphery block, but they also allow physical definition of the public realm, as the fronts of these homes face and give a physical form to the street environment.

Since the early twentieth century, apartments in particular have been developed in free standing or point blocks (Figure 3.23). The rationale for this is provided by architects from the time who wished to:

provide a form of residential environment that provided air and light to homes free people from what were regarded as the constraints of the depressing street environments of the nineteenth century provide new, and unconstrained open spaces around the homes accommodate the newly popular car (something that the older streets struggled to do) use new building techniques, technologies and materials provide more communal ways of living.

Figure 3.22 Apartments in a periphery block with private and semi-private spaces

Today this rationale still remains relevant in certain contexts; in particular where people tend to live in apartments, and a demand for outdoor private garden space is less prevalent. In addition, on certain sites apartments in free-standing blocks provide the most effective mechanism for achieving the desired density of development. Where management processes are poor such blocks can result in vague and poorly used open spaces between the blocks which can suffer from poor surveillance and under use. However, there is no reason why a high free-standing block cannot be combined with other street level housing which is used to define a street or other public space. Blocks like this can be very high, although within European cities free-standing blocks of about five storeys are also common, allowing residents a more immediate relationship with neighbouring spaces (Figures 3.24 and 3.25).

Evolving during the early twentieth century, linear block arrangements are also still popular. This is a configuration of housing or apartments particularly common in parts of continental Europe, and reflects the fact that orientation of living space to the sun is given a high priority. In such a configuration the backs of houses can face the fronts of others, or the houses can face each other across a traditional street or pedestrian route (Figure 3.26).

Sometimes housing or apartments arranged in a linear block can still be arranged to front and therefore provide surveillance of a neighbouring street or open space, but this does not always happen (Figure 3.27). If this is not the case, it might reflect the fact that the designers may be taking a more relaxed view of the 'public fronts must face every public street' principle-accepting instead that there may need to be areas without a public frontage, and that for small areas of public realm this will not be a major problem, especially if there is a fair degree of pedestrian activity within the street.

Designers often configured blocks of housing, typically in the form of apartments, to form super blocks which encircle or 'protect' other types of housing or open spaces. This is a form sometimes used where sites for development abut a difficult context such as larger urban roads or frequently used railways (Figures 3.28 and 3.29). In such a situation they allow a quieter and safer domestic environment to be realised within the

Figure 3.29 The apartment building on the left is protecting the housing on the right from the impact of a busy inner city road

Figure 3.29 The apartment building on the left is protecting the housing on the right from the impact of a busy inner city road scheme. The apartments in the protecting block sometimes face and animate the street, although this is not always the case. Alternatively, such a form might be considered where the site is bounded by a great view, in which case the larger apartment block allows more people access to that view (and therefore also higher profits for developers).

Housing arranged into cul-de-sacs do not really result in a block structure, but during the 1980s in the UK it was the most common configuration for new housing. This form creates quiet domestic arrangements, stopping any form of through traffic, and dissuading non-resident access. It is less common today as it discriminates against pedestrians and often offers areas of very poor surveillance of the public realm. Certain sites, however, can only really be developed with cul-de-sac access arrangements.

Rather than an organising principle for a residential urban form, courtyard housing might be added to an existing block structure. Normally the housing is grouped around a shared space which might be used for parking, otherwise it will probably be landscaped for collective use by residents (Figures 3.31 and 3.32).

Figure 3.32 An example of courtyard houses

How would you like to save a ton of money and increase the value of your home by as much as thirty percent! If your homes landscape is designed properly it will be a source of enjoyment for your entire family, it will enhance your community and add to the resale value of your property. Landscape design involves much more than placing trees, shrubs and other plants on the property. It is an art which deals with conscious arrangement or organization of outdoor space for human satisfaction and enjoyment.