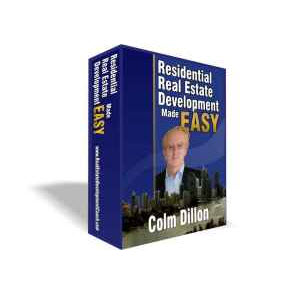 Every place has a 'sense of place'. It is not always that desired by critics; lay-people often grieve for the lost identity of places with which they are familiar

Figure 11.6 An illustrative diagram of the vertical segregation of movement systems.

after changes have been made. It is not simply the result of a 'shock of the new'. It is a deep-seated feeling that what is being built is out of place. It affords no sense of 'being ours' to people. Much of what is proposed and/or built today, like the Cadillac-Fairview proposal for Portland (described in Chapter 6) pays little attention to its context, built or natural. Much architecture today sets out to shock. As Prime Minister Jawaharlal Nehru said about Le Corbusier's work in Chandigarh, it does make us sit up and think (see Chapter 7 and Lang et al., 1997). Presumably, he thought it was in the Indian public's interest to do deal with change. Certainly the Chandigarh capital complex has a unique identity. The patterns of Le Corbusier's buildings have been picked up by architects and lay-people in the city to form a 'Chandigarh architecture'.

The term 'sense of place' deals with two concerns; one is sociological and the other psychological. The first has to do with the sense of one's location, or one's society's location, within a larger social unit, and the second with a sense of belonging to a region and a regional culture. In urban designing, the first has to do with the imagery of built forms and the meanings they communicate - their associational value, and the second with the ecological and cultural soundness of built forms with reference to local terrestrial and cultural conditions (Norberg Schulz, 1980). The sense of loss that many people feel has to do with changes on both dimensions. We seek better worlds. Property developers often lead the way.

Some property developers work locally. The Rose Corporation does little work outside New York City. Bangkok Land, Henderson Land and New World Development all tend to focus on specific cities. They feel comfortable in dealing with familiar economic and political conditions. Sony, Daimler Benz and DB (Deutsche Bank) Real Estate are amongst the major property developers who work internationally. Whether locally or internationally based, property developers seldom care about local character nor do their clients. They are dealing with a global economy and frequently the values of the noveau riche. The noveau riche wish to gain respect by having what they perceive to be high-status environments in which to live and work or simply to show off to outsiders. They desire a new image for themselves. The built environments they seek exemplify their search however illogical it may be on other grounds (Olds, 2001). They want to break away from 'the shackles of the past'.

International developers and their architects, aided by municipal governments, have been successful in creating large, mostly all-of-a-piece urban designs that are clearly part of the global business scene. Their architecture takes one of

two forms. Buildings are either constructed of extensive amounts of glass, steel and expensive polished stones (even if slippery when underfoot), or they incorporate classical architectural elements of columns and pediments in a variety of ways. Some buildings are a mixture of the two. Others strive to be glocal - international with local referents in siting or in appearance (Lim, 2004). Much such architecture is extremely well executed. It pays little heed, however, to local climatic conditions or ways of life or architectural traditions in the way buildings meet the streets and create places. The architecture does, nevertheless, help in creating a sense of pride, of progress in the minds of many local people. It gets away from what are perceived to be parochial attitudes. This was the goal of many of the schemes discussed in this book. Breaking from traditions has been part of almost all architectural ideologies of the cognoscenti since the beginning of the twentieth century. People accommodate to many but not all changes. Much-loved areas of New York were once seen as outlandish but much new architecture fails to do more than shock.

Several hundred large-scale urban design projects are being built in the Asia-Pacific area alone. Lujiazui is not unique (see Figure 11.7). False Creek (see Figure 11.8) and Concord Pacific Plaza in Vancouver, Canada are a pair; Rinkai Funu-Toishin (Rainbow Town) Tokyo is another (Marshall, 2003). Canary Wharf in London is moving towards completion. Berlin is now seeing a number of mega-projects that are transforming the city. The Potsdamer Platz development (see Chapter 8) is an example. On a large or small scale many recent urban design projects respond to the global market and the aesthetics it demands.

Potsdamer Platz shows that global architectural imagery and the internalization of public space can be integrated with some local urban design precedents.

Urban and architectural designs such as Seaside, Florida and Battery Park City in New York (both described in Chapter 8) are examples of reactions to the seeking of a global imagery in urban design. They have local precedents on which to draw. Many people see them as dull and old fashioned but they are outsiders. Architectural theory has responded with the concept of critical regionalism (Frampton, 1983). It is imprecisely defined but it is an ideology that is against vernacularism, sentimentalism and the picturesque. It supports the position that architecture and, presumably landscape architecture and urban design, should be responsive to cultural and societal values but it is weak in addressing exactly what this position means in terms of design guidelines. Perhaps designing for a healthy biogenic, sustainable environment peculiar to specific climatic niches will steer architects and urban designers in the direction that they will have to go in defining a sense of place. Such a goal has both social and physical design dimensions and both urban spatial and building design implications.

How would you like to save a ton of money and increase the value of your home by as much as thirty percent! If your homes landscape is designed properly it will be a source of enjoyment for your entire family, it will enhance your community and add to the resale value of your property. Landscape design involves much more than placing trees, shrubs and other plants on the property. It is an art which deals with conscious arrangement or organization of outdoor space for human satisfaction and enjoyment.